Where on earth did the word Tutu come from? Well it’s a bit of a mystery really as the word Tutu and Tutus did not show up anywhere until 1881 – who knew?

There are several types of professional ballet tutus.

The Romantic Tutu came into origin when Marie Taglioni first wore a gauzy white skirt cut to reveal her ankles – shock! This was in 1832 at the Paris Opera designed by Eugene Lami in La Sylphide. After that the tutu was steadily shortened to show off the dancer’s legs, so their footwork could be seen and also to easily move around.

The Bell Tutu is so named because of the way it falls into a ‘bell’ shape and does not have a hoop for support falling to the mid-thigh.

Then there’s the Russian ‘Pancake’ Tutu that is supported by a hoop, comes straight out from the hips, has many tulle layers and is short.

The Platter Tutu can have such unique designs and a contemporary look as in this photo courtesy of the Australian Ballet: 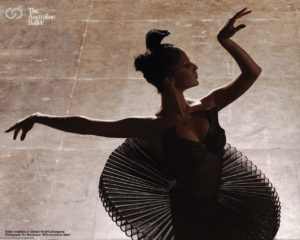 Let’s not forget how influential fashion designers were in the creation of stunning tutus. although few designers have matched the reputation of Barbara Karinska (1886-1983). She was the New York Ballet’s costumer for many years. The tutus she designed and constructed were incredibly beautiful and durable. Did you know she won the Capezio Dance award – the first costumer designer ever to win this award? It was for costumes “of visual beauty for the spectator and complete delight for the dancer”.

Which is your favorite style of Tutu? We’d love to hear from you!